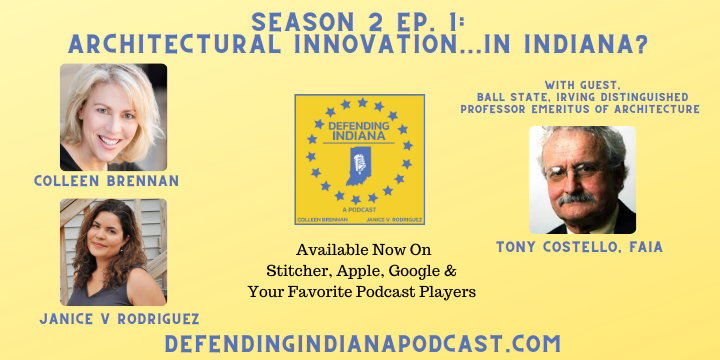 The first episode of Season 2, Episode 11 of Defending Indiana, went live on Wednesday, September 8th, 2021 and featured world renowned architect, Professor Emeritus of Architecture at Ball State Univeristy and American Institute of Architects Fellow, Tony Costello FAIA . A New York transplant to Central Indiana, Costello has a five decade career as an educator/practitioner and has been recognized as one of the national pioneers in community-based, urban planning and design education. Join this intriguing conversation about the architectural gem that is Columbus, Indiana (and some other not so well known Indiana locations) and learn about how it became listed as the 6th most architecturally significant city in the United States according to the AIA.